ALIVE (‘Live Action Lightfields for Immersive Virtual reality Experiences’) is an eighteen-month research project funded by Innovate UK. We have been working closely with Foundry and University of Surrey to develop production techniques and technologies for the creation of immersive Virtual Reality experiences. As well as stereo 360 film production, we’ve used custom lightfield capture technology to produce a new level of VR visuals and to push the boundaries of immersion. Our role in the project is to take our years of media production experience and to apply the new technologies to a real-life production scenario: our very own cinematic VR short film ‘Kinch & The Double World’, which incorporates characters captured on a lightfield rig at the University of Surrey and post-produced with experimental tools in Foundry’s award-winning Nuke compositor.

Kinch & the Double World is set in Victorian London, and tells the story of an orphan who gets caught up in a stage magician’s trick and ends up being transported to a magical world. The 360 video content was primarily shot on the Nokia OZO 360 camera and was filmed across four Victorian period locations in the UK. Our work has also included shoots with a variety of camera systems including Google Jump, the use of Lidar scanning, original CGI work, both pre-rendered and real-time, as well as the software development work to integrate all these forms of media into a cohesive VR experience. 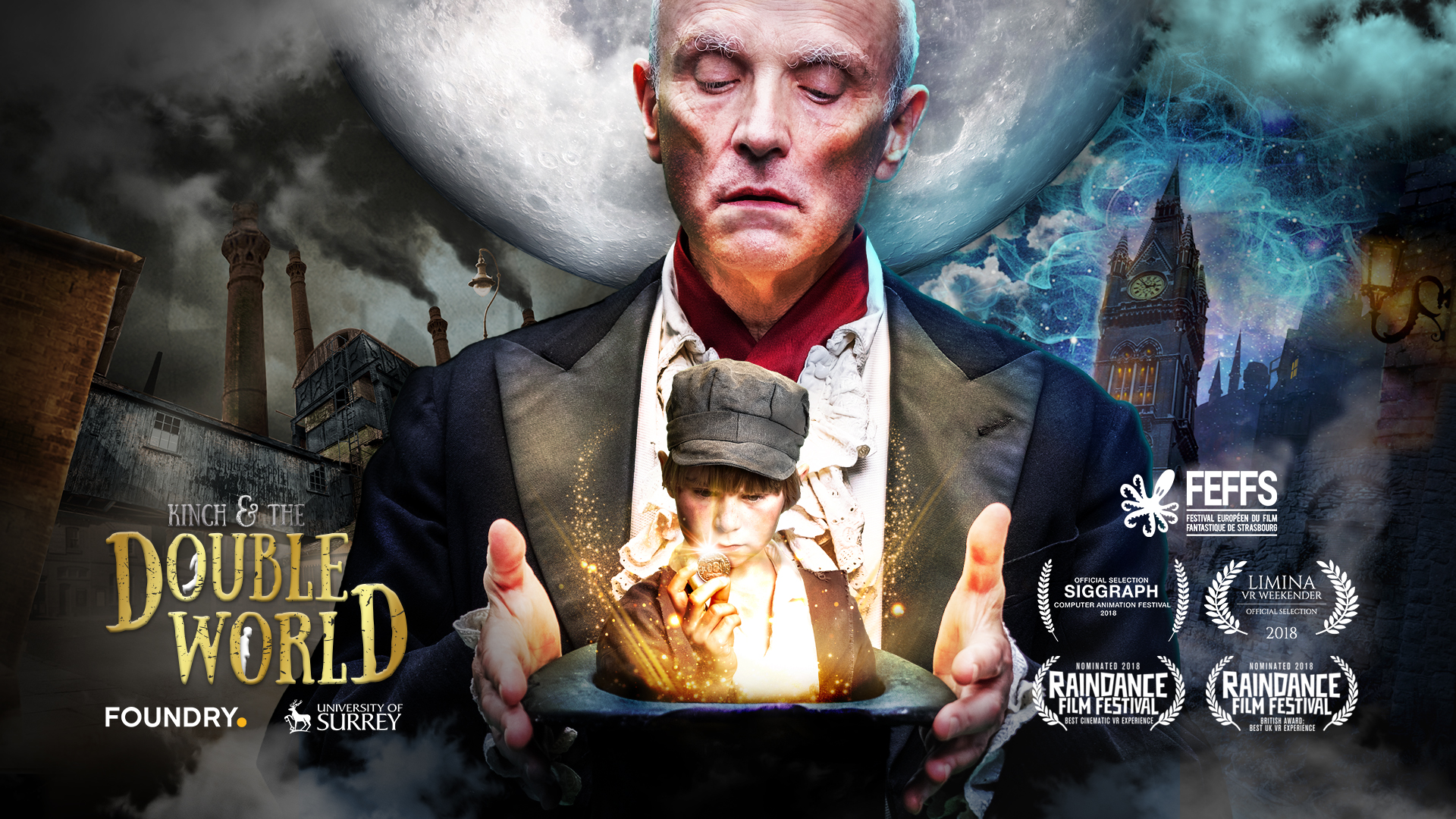