As a way of honouring the local area and community, the club repurposed the façade of a Victorian dispensary, an iconic landmark on the Tottenham High Road. The team then reconstructed the exterior, brick by brick inside of the brand-new stadium store.

Keen to celebrate this building’s unique history: Figment casted, dressed and filmed several actors in our green screen studio. Each actor performed as if standing in the dispensary queue and suffering from a different medical ailment; everything from common coughs and colds to limps and measles.

This footage was then adjusted in post-production so that the actors appeared as silhouettes. We then created and exported a looping animation with subtle, realistic Victorian street sound effects.

Our final step was to carefully projection map the building exterior and install the looping animation and soundtrack, ensuring the light and sound levels were appropriate for the space.

The result is a thoughtful heritage installation that adds an additional layer of interest and historical significance to fans visiting the club store. 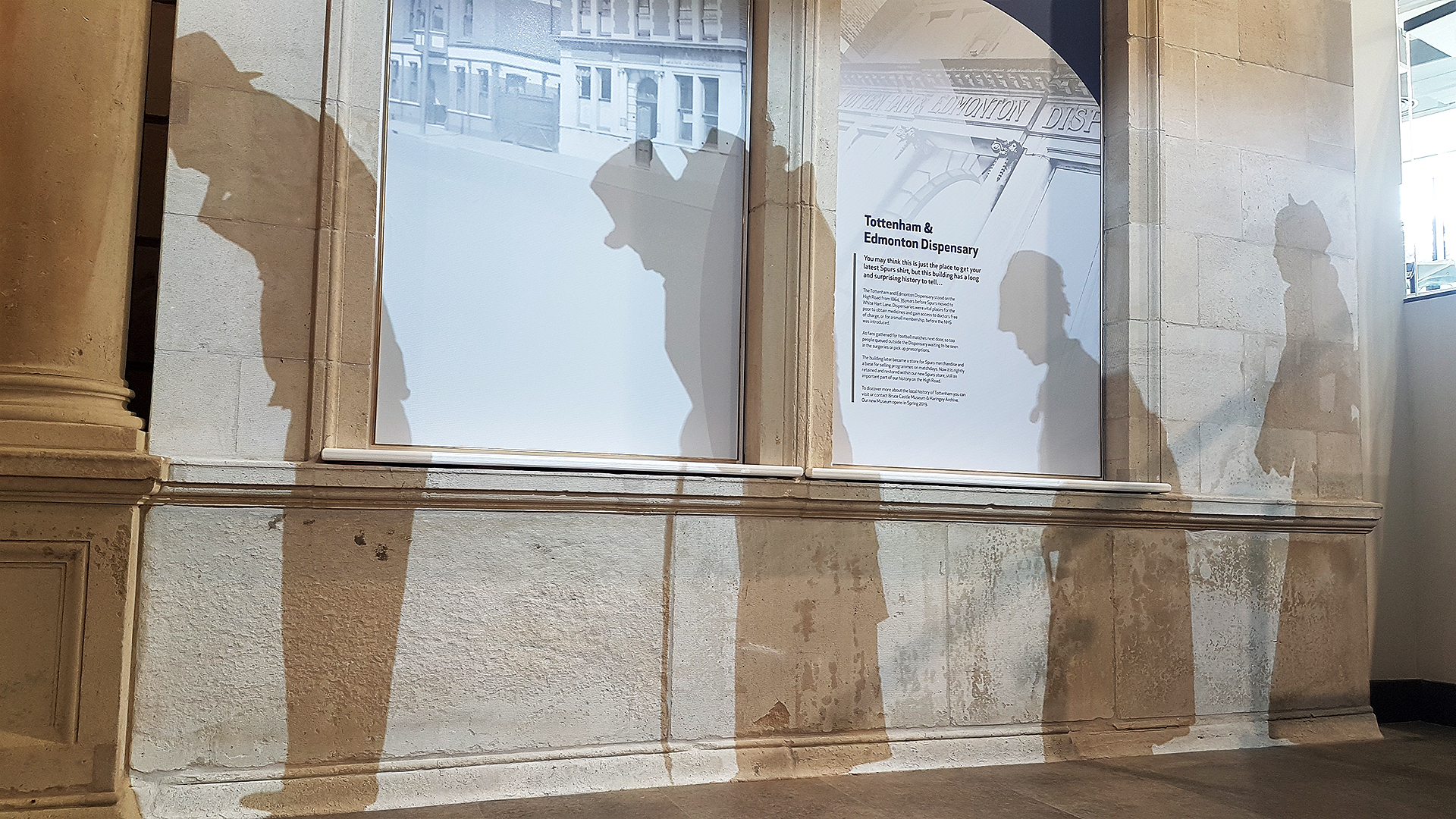