In early 2012, Figment worked with event production company Line Up to create a unique Olympic Torch Relay experience for Coca Cola. We created several CGI stings and video sequences which were played back on stage and on the custom made ‘Beat Generator’ truck during Torch Relay events (over 70 around the UK). The centrepiece of the experience was the Beat Generator itself – a piece of music generating software conceived and developed by Figment to put visitors in the shoes of music producer Mark Ronson (who produced Coke’s Olympic anthem). 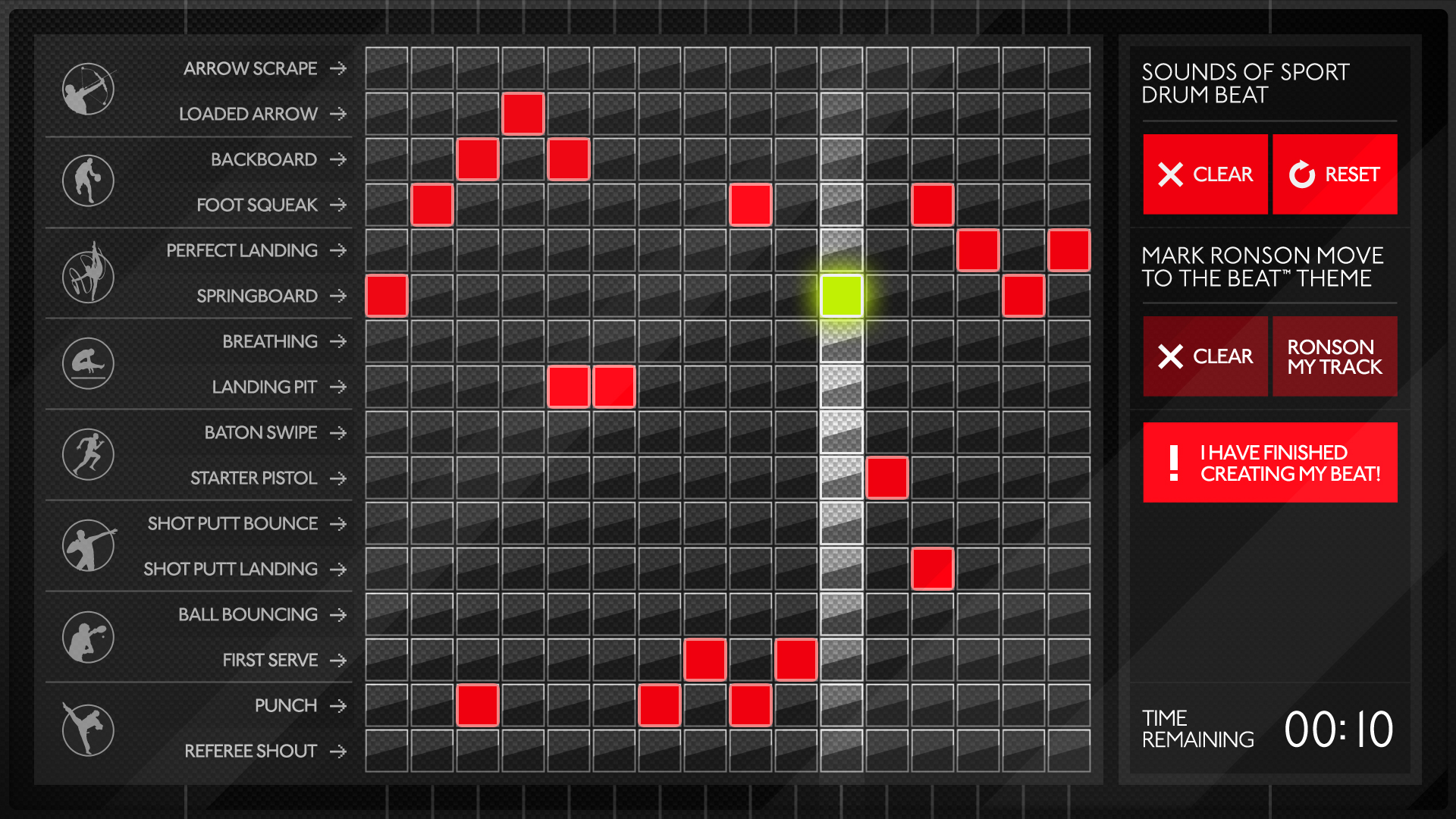