Mather & Co engaged us to produce the AV and interactive installations for this new museum at Stamford Bridge. We joined the team at the design stage and developed storyboard content by working with the client and Chelsea’s official historian. We also formed close links with Chelsea TV from whom we sourced the bulk of the historical interviews and match footage.

In all we produced 12 installations including a super-widescreen film, a clay-mation style animation and an interactive timeline of the stadium which controls LED light embedded in a model of Stamford Bridge.

The museum opened at the end of the 2010/2011 season. In recognition of their double winning season of 2014/2015, Chelsea FC commissioned a brand new multi-screen film with the theme ‘Celebration’ for the AV theatre at Stamford Bridge based museum. We used contemporary and archive footage combined with motion graphics and sound design to deliver another emotional attraction for this hugely popular museum. 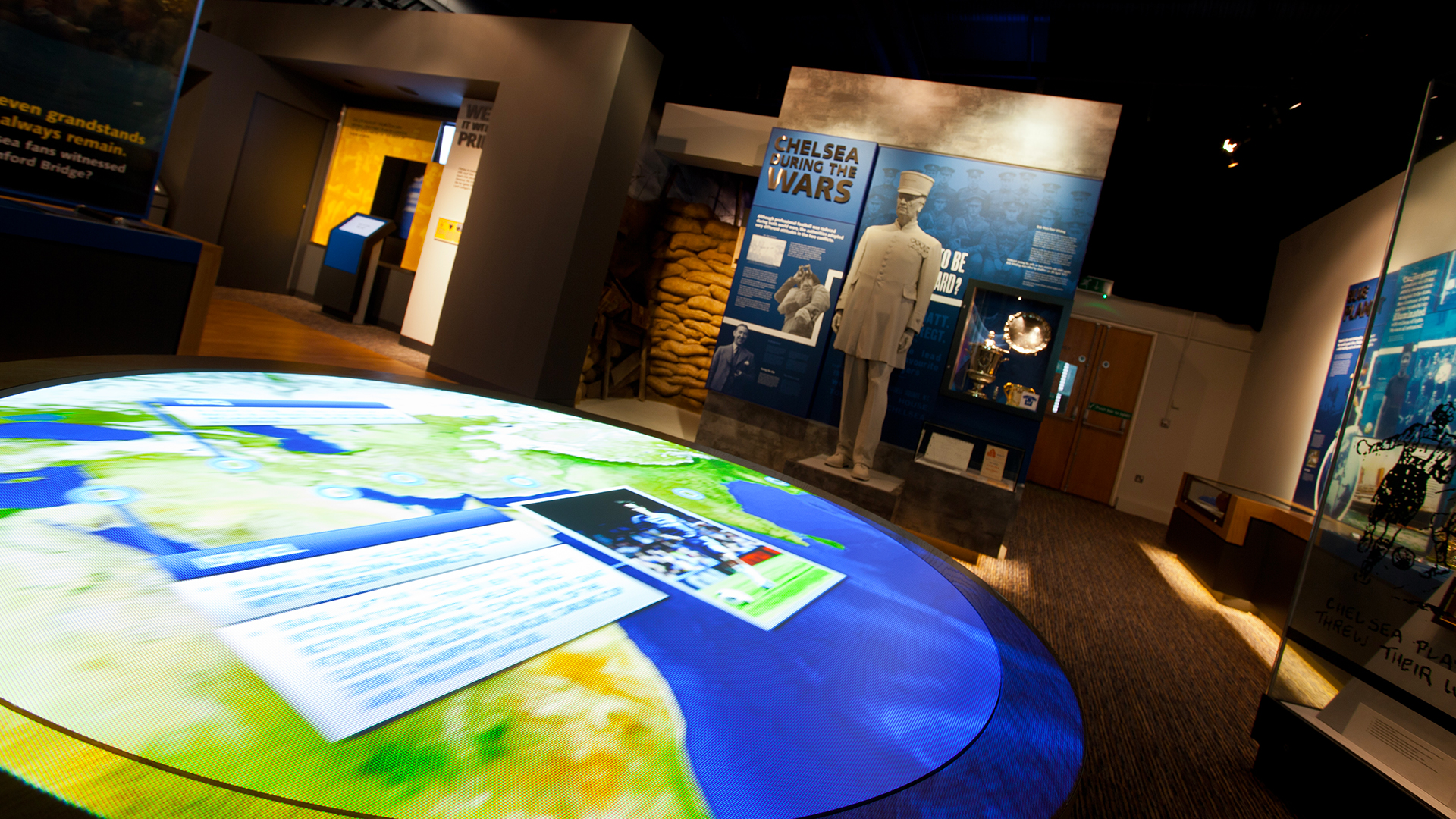